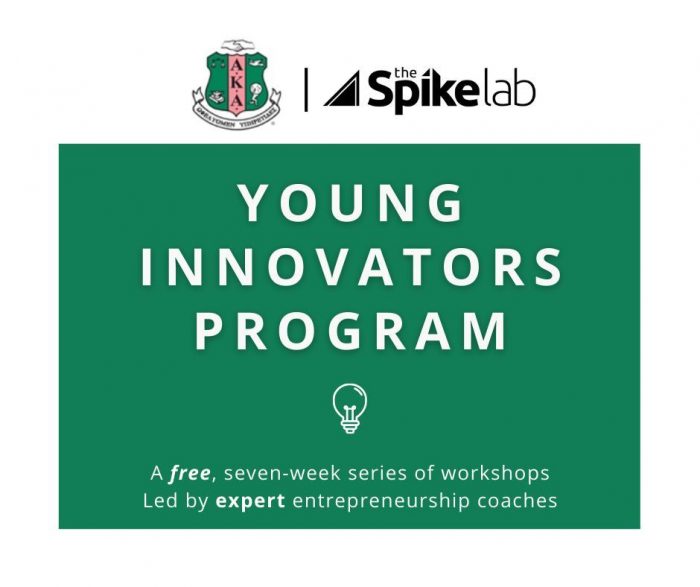 We partnered pro bono with #CAP, a college access program developed for the children of the New Jersey professional chapter of the famous African American Sorority, Alpha Kappa Alpha. After 7 weeks, 3 workshops, numerous office hours, and lots of student hustle, 16 empowered teens presented a diverse array of unique Spike projects. Over the coming months, they will launch these projects into their schools and communities.

The Spike Lab and Alpha Kappa Alpha (AKA) Sorority, Incorporated-Pi Theta Omega Chapter teamed up to offer this inaugural program, a free seven-week series of workshops led by our expert entrepreneurship coaches. The primary goal of the program was to help each student identify and also launch a high-impact project that would help them to stand out to top US colleges.

AKA is one of the oldest and biggest African American sororities with professional chapters throughout the country. We partnered, pro bono, with the New Jersey professional chapter to serve a cohort of their members’ children, aged 13-17, who were enrolled in the sorority’s signature high school program, #CAP, an acronym for College Admissions Process. Darlene Winkler is the committee chairman of #CAP and champion behind this partnership.

“I approached The Spike Lab team to see if they could help our students develop Spikes, and they rolled out an incredible program that has had a major impact on our students,” Darlene said. A dedicated article she wrote in their organizational newsletter says, “The students were very thoughtful and intentional in the development of their Spike, and the ideas for their ‘passion projects’ were not only thoughtful, but passionate and revolutionary.”

The Young Innovators Program is an intensive entrepreneurship program designed to be the most consolidated and accessible version of our flagship 1:1 Spike coaching program. In three 2.5-hour workshops and four blocks of office hours, the program helps students identify a Spike project and iterate twice using the Lean entrepreneurship framework. These iterations position students to launch their own project afterwards if they so choose. The program culminates in a Pitch Night, where the students present their diverse Spike ideas to an audience of proud parents, workshop facilitators and experienced entrepreneurs.

Devin Wilkes, an 11th grader and young black journalist, won the “Best Spike” award. In her school newspaper, she was often selectively assigned stories that dealt with racism or other social justice issues. However, she wanted to write about other topics too. So her Spike is to launch Sideline Zine. She describes Sideline Zine as a publication for girls of color to write freely about arts, lifestyle and other topics without being pigeon-holed as an angry black victim.

After listening to the student pitches, parents had a chance to briefly congratulate the group. One parent voiced, “There are adults who go through their entire lives without this skill set. The one thing I do want to highlight as an entrepreneur myself is the idea of power. You guys have the power to change, you’re critical thinkers, you’re seeing the problems ahead of you, and you’re figuring out the solutions.”

Click here to see all 16 of the inspiring student pitches. 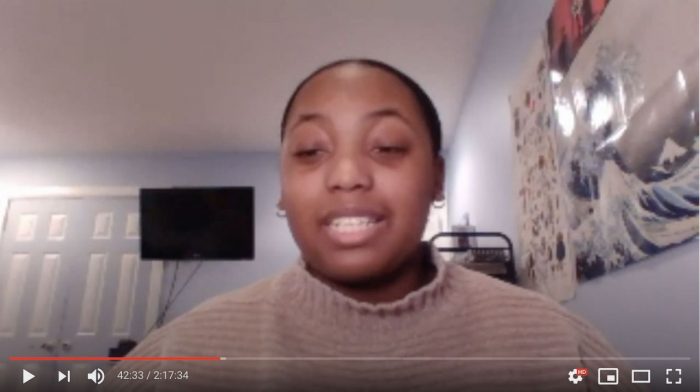 The program employs a project-based learning pedagogy (learn by doing) to teach teens the innovation skills and key innovation frameworks, like Lean and Design Thinking, practiced by startup founders and taught at leading entrepreneurship programs and business schools.

In the beginning, participants brainstormed as many ideas as possible based on the personal identities and causes that resonated the most with them. Unlike most youth entrepreneurship programs, The Spike Lab’s program prioritizes helping students find the projects that align with the issues and/or interests that are most personal to them. From their ideas, each student selected the Spike idea that they felt most passionate about pursuing. They gathered rapid feedback by developing two different levels of prototypes and updated their projects to appeal to more potential users. They then drafted Lean business models and launch plans. Here is a five-minute summary of the program as described by The Spike Lab founder, Lloyd Nimetz, who also co-coached the program with Theo Wolf. 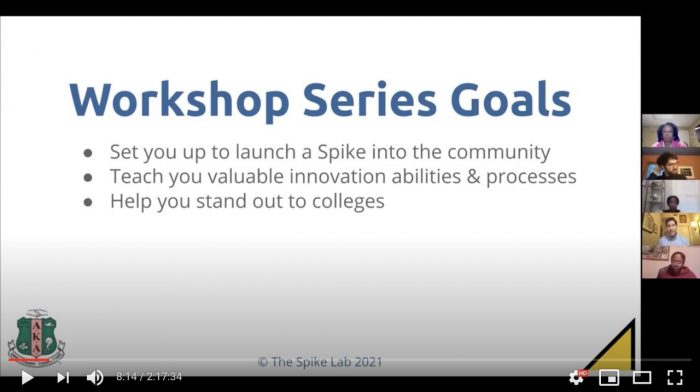 Click on this image to watch a recap of our Demo Day.

Darlene and her team at #CAP will continue to work closely with the students to help them implement their launch plans. Devin is working to publish the first editions of Sideline Zine this summer and promoting it on social media. As #CAP students embark on their Spike journeys, The Spike Lab will continue to empower more aspiring teen entrepreneurs through our Young Innovators Program. We are currently working with a cohort of Rainiers Scholars and excited about future engagements with schools and other fabulous organizations. Our mission is to empower more students who traditionally don’t have access to entrepreneurial coaching and help them stand out to colleges.

If you are (or are the parent of) a high school student interested in launching your own Spike, talk to us to learn more about our 1:1 Spike Coaching Program. This fully personalized program guides students through every step of the way.

For programs or schools interested in our Young Innovators Program, email us at hello@thespikelab.com.