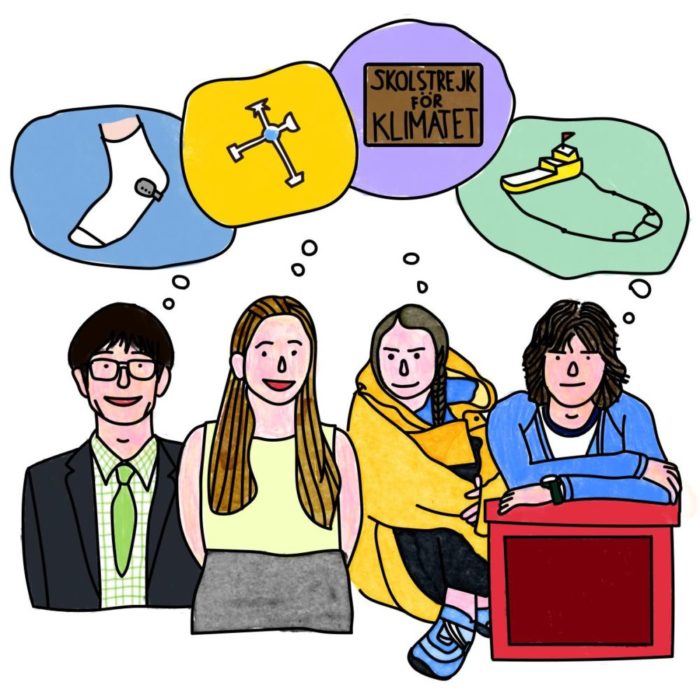 This post is part of a series that our intern, Ariana Alatis, wrote for us.

We often get asked “what does a good Spike look like?” The best way to answer that question is by pointing to specific examples. Here are four famous, world-changing spikes that were started by high school students.

Talk about tackling a tough issue: In what started out as an independent project for a high school science elective course, Olivia Hallisey ended up creating an inexpensive, sustainable, and efficient test for the Ebola virus that, transformatively, requires no refrigeration and takes only 30 minutes to yield a result. After hearing about the Ebola crisis in Africa in 2014 on the news, Olivia set out to see if she could find a faster and less expensive but equally effective way to test for the disease (early detection is absolutely vital to be able to save the lives of those infected). She did her research as part of a science elective course in high school, and prepared a prototype that was entered into a state science competition. From there she found herself at national science fairs, was ultimately awarded a $50,000 scholarship from Google, and was interviewed on The Late Show with Stephen Colbert

Alzheimer’s is a disease that impacts not only the patient, but the patient’s family and caregivers. Caregivers of Alzheimer’s patients have a 24 hour job. One responsibility includes preventing the patient from wandering off unattended, which can cause patients to become lost, and even do themselves harm.

After watching his aunt struggle to keep a 24 hour eye on his grandfather, Kenneth found a way to use his lifelong passion for robotics and coding to create a pair of socks that sets off an alarm on a caregiver’s mobile device when an Alzheimer’s patient steps on the floor. This later became a sensor, when he realized that not everyone wanted to wear socks to bed.

Kenneth’s revolutionary sensors, which send a signal to a mobile device, are transformative for those charged with caring for Alzheimer’s patients, because they allow caregivers to be notified if the patient leaves a bed or chair.

This means that most importantly, caregivers do not have to stay up all night to watch their loved ones but can sleep instead, comforted by the knowledge that the alarm will awaken them if their patient leaves the bed.

If you’ve been paying attention to the issue of climate change, then the name Greta Thunberg is likely already familiar to you.

At the age of 15, distressed by the inaction she saw from government leaders, Greta began protesting peacefully outside her own country’s government offices to bring attention to the issue of global warming, with the hopes of eliciting leaders to take more aggressive action.

Her fearlessness has now brought her worldwide recognition. Using basically nothing more than her voice, both literally and figuratively, Greta has inspired and mobilized millions of young people to speak out about how the inaction of today’s leaders are threatening their future. Equally importantly, her campaign to challenge government leaders has led many to move more aggressively in their respective positions to push legislation to fight climate change in their own countries.

Greta has spoken at the UN and turned down the $50,000 Nordic Council Environmental Prize to send a message about climate change. We highlighted Greta as our 2019 Spike of the Year.

At age 18, Boyan Slat, the founder and CEO of The Ocean Cleanup, created a concept which uses the ocean’s natural forces to passively gather ocean plastic, saving time, money and human resources in the race to save our oceans. After devising a mechanism that has been deployed in the great Pacific Garbage Patch, his organization is now also trying to tackle the problem of river-based plastic making its way to the ocean. They have developed the first scalable solution to intercept plastic before it actually arrives at the ocean, and by implementing this solution in 1000 strategic locations worldwide, they aim to eliminate 80% of plastic from entering oceans within five years. Boyan was named in Forbes 30 Under 30, received a coveted Thiel Fellowship, and was named one of the 25 people who will shape the next 25 years by WIRED.