At The Spike Lab we work tirelessly to build a team of world-class coaches. This is part of a series of blogs introducing them to you. 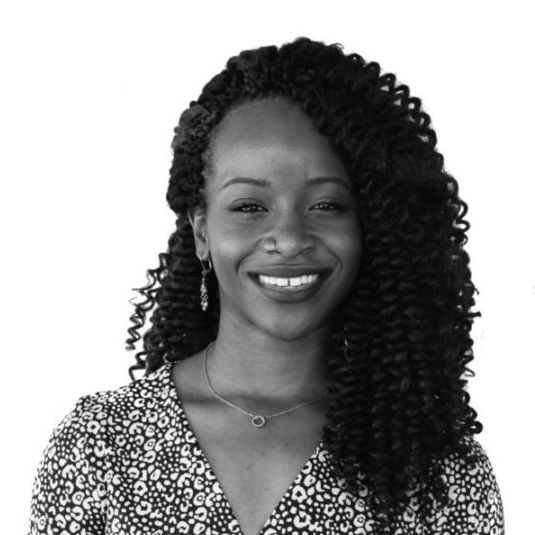 Uchechi is an entrepreneur, educator, and artist. She started her career in Beijing where she worked in international education and business for 4 years. She currently runs a consultancy for college and graduate school admissions and wrote and published a college admissions guide book. Uchechi went to Princeton for her BA, and majored in Near Eastern Studies and Arabic. She’s also a singer, writer, and actress, and speaks multiple languages, including, Mandarin. Uchechi is originally from South Carolina, and after many years living around the world, she recently returned to her home state to live.

My parents wanted me to be a doctor, lawyer, or business person — something they could easily describe to other Nigerian immigrants like them. I had other plans in mind. When I told them I wanted to be an artist, they asked me, “We came all the way here, so you could waste your life?” (The words are less dramatic in a Nigerian accent, I promise.) Their skepticism meant that, from a young age, I couldn’t just have passion. I had to live my passions. I had to show my family what a meaningful life meant to me. I began singing, acting, and writing with all my heart. I was accepted into a pre-professional arts high school where I majored in Creative Writing. By my senior year, I had been named one of the best young writers in America, and was given a national Creative Writing award by President Barack Obama.

I became a coach at The Spike Lab because I believe that when a student finds their passion and purpose at an early age, they set themselves up for a life of meaning and success. The earlier you know who you are, the more time you have to develop into who you’re meant to be.

After college, I lived in Beijing for four years. While there, I worked in PR, marketing, and college consulting. On the side, I also tutored at various education companies. My proudest achievement is that I took the risk to move to China. My family thought I was crazy. Because I had studied Middle Eastern Studies and Arabic at Princeton, and I didn’t even speak one word of Mandarin when I arrived. But I stayed in Beijing because I loved that China is a country where people make things happen. It inspired me; I started a hair care business for black expats. I created an arts collective that opened galleries and ran events around Beijing. I joined an international acapella group that performed for embassies and corporations.

I moved back to the US in 2018 and will always be grateful for my time in East Asia because it taught me the importance of working hard and striving for greatness. Had I not taken the risk to move to China, I would not have started my own company, which I currently manage in addition to coaching with The Spike Lab.

3) How did you choose Princeton for college?

To be honest, I didn’t love Princeton the first time I visited. The University flew me and a few other students from around the country to campus for an arts weekend. Having gone to an arts high school, I knew that I wanted to go to college in an environment that was strong academically and creatively. Princeton fit that description, but when I stepped onto campus, something didn’t feel right. The Harry Potter-esque architecture felt cold and outdated. I was intimidated that everyone I met went to prep schools instead of public schools. And when I hung out with other students, I noticed we didn’t even laugh at the same jokes. On the final day of the trip, I felt disappointed. I wanted to like Princeton, but I didn’t. A few hours before I was set to leave, I attended a student panel. Four student artists talked about their Princeton experiences. The first 3 students’ stories didn’t leave an impact on me. But the 4th and final person did. To this day, I don’t remember a word that he said. I just remember how his words made me feel. They made me feel that Princeton students were a community, full of love, and joy, and vibrant spirit. They made me feel that Princeton wouldn’t be an ordinary experience, but one that would push me out of my comfort zone and into new horizons. They made me feel that Princeton could be home. I left that day and knew I would apply. I didn’t have any more doubts.

4) If you could give one piece of advice to your high school self, what would it be?

Ask for help. My family and community admire personal qualities like “toughness,” “strength,” and “self-sufficiency.” So from a very young age, I began to believe that if I asked for help I was burdening other people with my problems. Of course, no one ever told me that I shouldn’t ask for help. In fact, they encouraged it. But I wanted to be “strong” and “independent.” I regret that. There were many issues I carried with me from high school into college, because I felt too embarrassed to ask my teachers and parents for support. I know I’m not alone in this. Every day when I interact with students, I see them carrying burdens that could be easily relieved if they just communicated their struggles. A lot of young people want to be “strong,” when really they just need to be open and vulnerable. I always want every student I coach with at The Spike Lab to know that I have their back, and that I’m there to support them through the struggles of daily life.

To read more about all of our coaches click here.

See us quoted in US News & World Report!