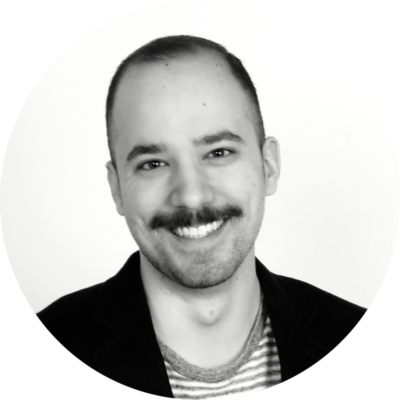 Spencer is a theatre director and educator with 5 years of experience in classrooms and as a private tutor. He spent his childhood touring the country inspiring others to innovate as the youngest-ever inductee to the National Gallery for America’s Young Inventors. His patented invention for hospitalized children, KidKare Ride Toys, earned multiple awards and a licensing deal with a major toy company. He has been profiled in People magazine and on The Montel Williams Show.

He directed 8 plays and musicals while at Cornell, and has directed dozens since. He is a Directing Fellow at the 27 Tony Award-winning Manhattan Theatre Club and was the inaugural Directing and Producing Fellow at City Theatre in Pittsburgh. He currently resides in Brooklyn.

My life has been one lived in two acts: the first devoted to entrepreneurship, the next to artistic pursuits. Uniting the two are my passions for bringing ideas from conception to reality and aiding others to do the same. I joined The Spike Lab because it allows me to flex all of those muscles at once while helping students to make a positive impact on their communities and the world at large.

My journey as an entrepreneur began when, at only six years old, I invented KidKare Ride Toys. I had spent a great deal of time in hospitals with my mother while she received treatment for heart disease and wanted to create something that would help sick kids. I saw a young patient’s treatment tube get caught in the wheels of the pedal cars he was riding through the hallways, and decided to design a special line of toy cars and wagons with IV poles attached. I won a series of awards culminating in my being named the youngest-ever Inductee into the National Gallery for America’s Young Inventors. I secured a United States patent, struck a licensing deal with a major toy manufacturer, lobbied Congress for the American Heart Association, and traveled the country giving inspirational speeches and judging competitions. All of this before I entered high school.

This was my Spike, and the path of its creation aligns beautifully with The Spike Lab’s values and methods. But while everyone was expecting me to pursue a career in science, medicine, or product design, I built up the courage to pursue my deepest passion: directing for theatre. As a director, my specialty is working with playwrights to develop their new works, often a yearslong process. I’m excited most by bringing meaningful stories to audiences in innovative, purposeful ways. A deep sense of purpose is key to the work we do at The Spike Lab, but most young people (myself included) need serious help discovering what they truly care about and how they can make a difference in the world. All of my work as an educator has been fueled by this love for helping others to dream bigger and find their happiness.

I still feel immense pride for my induction into the National Gallery for America’s Young Inventors. It was the same year that Apple cofounder Steve “The Woz” Wozniak and titan of innovation Walt Disney joined the National Inventors Hall of Fame, and to find myself in their esteemed company was incredible. But what I’ve been most proud of recently is a production I directed in Fall of 2019. In late 2018, I was selected to direct the Pittsburgh premiere of Fun Home, a Tony Award winner for Best Musical based on queer icon Alison Bechdel’s award-winning graphic memoir of the same name. It’s a deeply personal story that contrasts her journey of self-discovery growing up in Pennsylvania with the slow decline and eventual death of her father; it’s one of my favorite books of all time and a gorgeous musical, and I couldn’t wait to share it with my hometown.

Weeks before we entered rehearsals, however, one of the producers called to inform me he had just received an extremely dire cancer diagnosis. I urged him to cancel the production and focus on himself, but he told me he had quit his law firm and wanted to focus all of his energy on producing. That was his passion, and he was going to cut out everything that didn’t bring him joy. I was afraid I wouldn’t know how to honor this incredibly loved, generous man with what could be his final production, but I tried to keep my head clear and to focus on making the work the best it could be. Everything came together with a large team of fierce collaborators, and the show touched audiences from all over Western Pennsylvania and broke the company’s all-time box office record. The Pittsburgh Post-Gazette (one of the oldest and most respected newspapers in the US), named it as one of its Top 10 productions of 2019 alongside groundbreaking shows like Cambodian Rock Band, a site-specific production of King Lear that received national press, and the Hamilton tour. On top of that, our lead actor was named Performer of the Year. The producer, Leon Zionts, passed away a couple months after we closed. Fun Home was in fact his final production, but I know he was proud of what we accomplished, and I don’t know when I’ll have better reason to be proud than that.

Stop worrying so much about who other people want you to be and spend more time figuring out who you want to be! It’s such a cliché it’s almost laughable, but once I left home for college, I quickly realized how little I understood my own tastes and values. I wish I’d have stepped up and been more independent; that I’d taken more initiative in shaping my day-to-day life instead of just following others’ directions. High school Spencer fought against the pull of his creative interests for so long that he missed major opportunities to develop his craft and grow as an artist. Even worse, he felt such constant pressure to be the best at everything that he was afraid to show vulnerability and didn’t learn how to form meaningful relationships. He tried so hard to impress everyone that he never let anyone meet the real him, himself included.

On a lighter (but potentially deeply metaphorical) note, I cringe thinking back to every single piece of clothing I wore in high school. When I’d go to the mall, I honestly couldn’t identify what clothes I liked, so I had no idea how to shop for myself. More likely, I was afraid to have a personal taste. When I finally made it to college and had to form my own community and make my own decisions, I discovered just how much catching up I had to do: I didn’t know who I was, and I had to figure it out quickly. Our personal values are not anyone else’s values, and we should each embrace them sooner.

4) How did you choose Cornell for undergrad?

My journey to Cornell may well be a matter of my having chosen the right school for the wrong reasons, as I was still in the process of deciding what direction I wanted to take with my life. I’d always been pulled between my conflicting loves for the arts and sciences, and spent a lot of time and energy in high school preparing for a career in architecture, which I thought would be a reasonable combination of the two. I had always been made to understand that my artistic pursuits (not only directing, but also performing and creating visual art) made for fun hobbies but were not acceptable career paths. Two of the very best architecture programs in the country are at Carnegie Mellon and Cornell, and since CMU is located in my hometown of Pittsburgh, Pennsylvania, I decided to apply to Cornell Early Decision to immerse myself in a new community.

When my mother and I visited the campus in Ithaca, I fell absolutely in love. I was especially excited by Risley Hall, a Program House for the creative and performing arts set in a red castle filled with decades of murals, a student-run theater, and a dining hall reminiscent of Hogwarts’ Great Hall. I felt at home there in a profound way, and knew I could really come into myself in that community. My mom took notice. We also visited the theatre department and got a taste for the exciting work they were making. Finally, we toured the architecture school, where we were informed that the course load is so intense that the students often sleep in the studio at their work tables. There’s very little time for anything but architecture, news which killed my dreams of continuing to pursue theatre as an extracurricular. On the long car ride home to Pittsburgh, my mom surprised me by going back on years of advice and urging me to study theatre and not architecture. It was a big moment for both of us. The deadline was fast approaching when I abandoned my architecture portfolio and applied instead as a theatre major to the one school I’d already decided was perfect for me. I was accepted, so Cornell was the only school I ever applied to. Looking back, I often wonder what would have happened if I had scrapped my Early Decision plans and applied to Yale or Columbia, but I ultimately have zero doubt that Cornell was the right choice for me, as I was afforded opportunities there that I would never have received elsewhere.

Empathy Interviewing: How to do It and Why it Matters